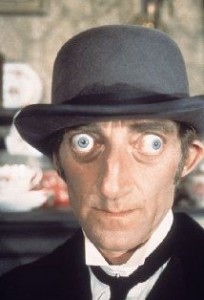 Your Face is your Fortune !

Your Face is your Fortune !

While the Cosmetics  Industry has been trying to convince us of this for ever since we can recall, even the law says so ! Read on for how you can protect – or make – your fortune !

Any use of an image / photograph without permission can invite privacy suits. Right of Publicity has been held to be a part of Right of privacy.

Where held :
the first aspect of this right must be said to have been violated where, for example, a person’s name or likeness is used, without his consent, for advertising – or non-advertising – purposes or for any other matter.

Definition of “mark” in Section 2(m) of the Trademarks Act 1999 does include names. However, there is no statute to protect publicity and image rights. Only a passing-off action may lie to protect a well known individual’s reputation if it can be shown the misrepresentation would cause irreparable damage to his reputation.

Further, Section 14 of the  Trademarks Act may be invoked . This prohibits registration of a Trademark falsely suggesting a connection with a living person / person who died within last 20 years of the application of registration of Trademark. in the Montblanc case, one of the defence was such a permission had been obtained.

BUT Publicity rights are reserved for persons, not events. See :

where it was held that the use of Cricket World Cup event name by advertisers NOT the official sponsors was NOT misuse.

Unauthorised exploitation of image, publicity and goodwill of a person by falsely indicating his endorsement of products/ services can certainly be the cause of a passing-off action.

In several well known cases, the law has been clearly settled. For example :

Montblanc released  special-edition pens in India entitled ‘Mahatma Gandhi Limited Edition 241′ and ‘Mahatma Gandhi Limited Edition 3000′. They had Gandhi’s portrait engraved on the nib. Tushar Gandhi (Gandhi’s great grandson) had given his permission and approval to their release. But the launch of the pens was contested under Emblems and Names (Prevention of Improper Use) Act 1950, which prohibits the use of names and images of nationally important personalities for any trade, business or professional purpose, unless permitted by the government.

Montblanc was forced to withdraw its advertising campaign and the pens from the market.

Whereby Daler Mahendi prevented registerationof dalermehndi.net by a party, Delhi High Court recognising the fact that an entertainer’s name may have trademark significance.

A well known tea brand was offering customers a chance to meet him, implying he was associated with the promotion when he was not. Successful challenge made, although dispute finally resolved amicably.

Wherebv Ratan Tata objected to the domain “tata ” being taken by someone else. Via an arbitration, the domain was finally transferred to him.

Amitabh and Jaya Bacchan assigned all their personality rights to plaintiff in connection with marketing of its brand of jewellery ” Tanishq”.  Defendant erected a hoarding identical to Plaintiff’s, including identical photo of the couple. No permission taken from the couple, nor authorised by plaintiff.  Court held the defendant liable not only for infringement of the plaintiff’s copyright in the advertisement, but also for misappropriation of the couple’s personality rights. The court granted an interim injunction in the plaintiff’s favour.